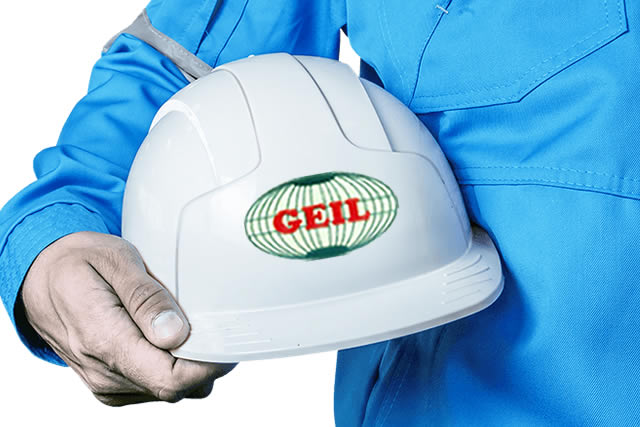 Dr Bunu Alibe and Mr Ayo Olojede on Thursday filed a suit against the company and its Chairman, Professor Anthony Adegbulugbe, before a Federal High Court, Abuja, presided over by Justice Ijeoma Ojukwu.

They claimed that they were unlawfully removed by the chairman of the company they jointly nurtured to fruition.

In a motion on notice marked FHV/ABJ/PET/20/2020, and filed by their counsel, Alade Agbabiaka, the duo listed the company, and Adegbulugbe as first and second respondents respectively.

The applicants averred that such decision was contrary to the provisions of the Companies and Allied Matters Act (CAMA), 2020 and the organisation’s Article of Association.

The applicants also asked for further order as the court may deem fit to make in the circumstances.

According to Agbabiaka, the first and second petitioners had filed a petition dated Nov. 24 in the court to challenge, among others, the validity of the said AGM on the ground that a valid notice was not issued and that all transactions carried out were null and void.

The senior lawyer said that by the petition, the petitioners also challenged their removal as directors of the 1st respondent on the grounds that Article 27 of its Articles of Association had rendered the operation of Section 285 of CAMA, 2020 inoperative or inapplicable to the first respondent by way of removal of directors of the company by retirement or by rotation at the company’s AGM.

Agbabiaka stated that it was necessary to restrain the respondents so that the status quo would be maintained pending the hearing and determination of the petition.

He added that the petitioners would suffer irreparable damage if the respondents were not restrained.

The petitioners had accused Adegbulugbe of a series of corporate misdemeanor, including unilateral usurpation of executive responsibilities, contrary to the provisions of the CAMA 2020 and the Company’s Articles of Association.

They averred that the usurpation of the dual roles of Chairman and Managing Director was done without the necessary Board and Shareholders’ approval.

This, they added, was contrary to the provisions of Part A, Section 2, (2.7) of the Nigerian Code of Corporate Governance 2018 which provides that “the positions of the Chairman of the Board and Managing Director/Chief Executive Officer(MD/CEO) of the company should be separate such that no person can combine the two positions”.

The petitioners further stated that after acquiring the dual roles of Managing Director/CEO and company Chairman, Adegbulugbe proceeded to install two of his sons as Finance Director and Technical Advisor respectively.

They said the acts and conduct of Adegbulugbe not only ensured that his family members dominated the Board and Management of the company, but also made it clear that the important corporate organs were completely sidelined in the affairs of the company.

Alibe and Olojede stated that while the two of them were directly instrumental to the award of an operating licence by the Federal Government of Nigeria to Green Energy to operate the Otakikpo Marginal Field (OML 11), Adegbulugbe was not initially involved being Energy Adviser in the Olusegun Obasanjo administration.

The petitioners alleged that while they jointly own 25 percent of the company’s shares and respectively occupy the positions of Executive Directors, the control by Adegbulugbe and his family members had become averse to their interests due to opaque financial dealings and questionable decision making.

According to the petitioners, some of the alleged illegal transactions undertaken by Adegbulugbe on behalf of the company contrary to the provisions of Section 342 of the Company’s and Allied Matters Act, 2020 were in respect of the Project Horizon.

The petitioners alleged that it had been Adegbulugbe’s regular practice to avail the Board, after the fact, with scanty information relating to major contracts, financial transactions and major policy decisions after such contracts have been signed and funds disbursed most often without budgetary provisions.

They argued that it would serve the interest of justice for the court to grant them reliefs which include that all agreements, purchase orders and contracts executed in furtherance of Project Horizon be cancelled forthwith, re-presented and subjected to a fresh review.

They also called for comprehensive forensic audit be conducted by a reputable audit firm acceptable to the petitioners, on all financial and banking transactions undertaken by the company together with an examination of all bank accounts belonging to the company.

The petitioners further requested that Adegbulugbe ceases forthwith to act and operate the affairs of the company in dual capacity of Chairman and Managing Director.

While calling for invalidation and setting aside of the holding of the purported Annual General Meeting of Nov. 12, they asked for an injunction restraining the company and Adegbulugbe from denying the petitioners the rights, emoluments and benefits due to them as Executive Directors.

The petitioners had put the damages and costs for legal expenses and other inconveniences incurred at N250 million.

Although the sister matter with suit number FHC/ABJ/CS/1390/2020 filed by the company against Alibe and another was listed before the same judge, Ojukwu, the hearing was stalled due to the judge’s absence.

Counsel to the company, Yusuf Ali, SAN, and lawyer to the defendants (Alibe and Olojede), Agbabiaka, were, however in court.

The matter was adjourned till February 10 for continuation of hearing.