There are indications that the government might consider releasing some arrested bandits as a part of the bargains to secure the release of 27 pupils and 15 workers of Government Science College, Kagara, in the Rafi Local Government Area of Niger State, kidnapped on Wednesday.

It was learnt on Friday that the group of bandits responsible for the abduction wanted their gang members in custody of security agencies released as a swap deal to free the abductees. 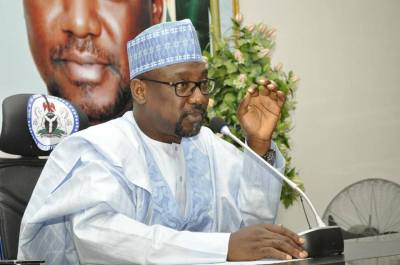 Bandits in military uniform had reportedly stormed the school around 2am on Wednesday, and seized their victims, killing a Senior Secondary School 3 pupil who raised the alarm in the process.

They consequently led their victims – tied in pairs – to a nearby spot around Attahiru Secondary School where they had reportedly parked their motorcycles and whisked them into a forest.

In a bid to secure their release, a reliable source said officials of Niger and Zamfara state governments met some bandits at Dutsin Magaji of Kotonkoro Forest in Rafi on Thursday evening.

The forest reportedly connects the four states of Kebbi, Zamfara, Niger and Kaduna.

It was also said that a popular Kaduna-based cleric, Ahmad Gumi, met some bandits in Niger State as part of efforts to rescue the victims.

The Inspector-General of Police, Mohammed Adamu, had also deployed 252 additional operatives and a helicopter to reinforce the ongoing rescue operation for the abducted pupils and staff members of the school.

Gumi on Friday told one of our correspondents that he had met with an influential leader of a bandit group to broker a negotiation with the bandits responsible for the kidnapping.

The cleric emphasised that banditry was turning into an insurgency which must be urgently addressed, noting that the abductors were demanding the release of their members arrested by security agents as well.

He said, “I met with people who know the people responsible (for the abduction), which is one step ahead. Before now, when there was a kidnapping, we wouldn’t know those responsible, but now, we have met a leader who knows (these people) because he is commanding a large area and knows the person who did it and he is going to speak to him and plead with him (to release the abducted pupils and other victims. Since there is a peace process going on, they should release them. They (the bandits) too have people arrested by security agents. So, I am telling people, this is turning into an insurgency.”

Asked if the bandits were demanding the release of their arrested members as a condition to release the victims, Gumi said, “They did not really give it as a condition. We are just saying, ‘Please release them,’ and they said, ‘Okay, we will release them (the pupils and staff members of the school) but we also want you people to consider our people (bandits) that were arrested.’,”

On how soon the victims would be released, the cleric said, “We hope they (students) will be released soon because he (the influential leader) said he knows the man and he is going to talk to him.” 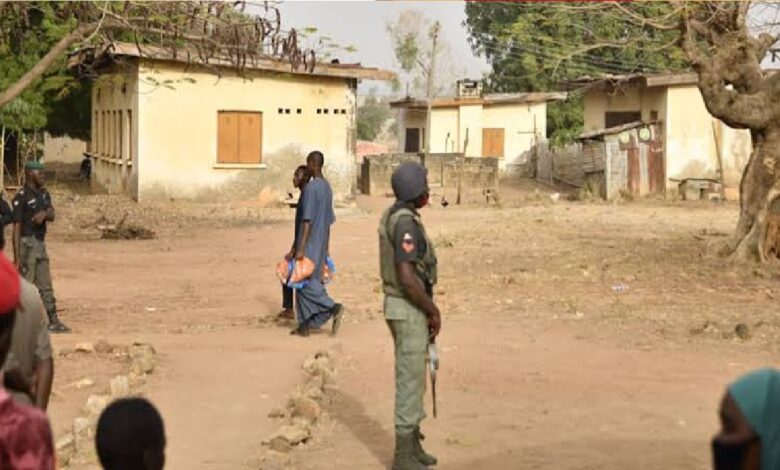 He maintained that the latest kidnapping by the bandits had reinforced his call for amnesty, adding that he was happy that people had started seeing reason with him.

Gumi said, “It is not magic, I am telling you. I am not a criminal and I am not cajoling any government but I want peace in this country.

“People now understand me more and more. These people are armed; just tell them: ‘Drop your arms, I will not pursue you legally; repent, I will rehabilitate you and I will build schools for you.’ You can’t go by force or with confrontation.”

Also, a top security official in Niger State who is privy to efforts being made to free the hostages confided in one of our correspondents that a meeting had been held but it appeared the kidnappers wanted to see readiness on the part of the government before taking the next line of action.

The source said, “The bandits are saying they want to see readiness on the part of the government before they can release the kidnapped victims. The bandits want some of their gang members that have been arrested by security agencies to be released.”

Meanwhile, the Niger State Government has appealed to bandits across the state to lay down their arms and embrace dialogue for peace to reign.

In a statement issued by Tanko Lawal, Information Officer to the Secretary to the Government of Niger State, Alhaji Ahmed Matane, on Friday, the state government told the bandits to surrender their arms.

Matane, who was part of the Sheikh Abubakar Gumi delegation, made the plea in Dutsen Magaji, Mariga Local Government Area of the state while addressing bandits and their commanders terrorising the state.

Matane, who was in company with the renowned Kaduna-based Islamic scholar, Gumi, called on other criminal elements, including kidnappers and cattle rustlers, to join in the peace dialogue in order to put an end to the security challenges bedevilling the state.

He enjoined the gang leaders to support the government in securing the release of the abducted pupils and workers of Government Science College, Kagara, as well as about 20 passengers of Niger State Transport Authority kidnapped on Sunday.

“The unfortunate incidents in recent days called for a sober reflection,” the SSG added.

Some of the bandit commanders in their separate remarks applauded the state government for the peace process, stressing that it would go a long way in restoring peace across the state.

They appealed to the government to assist with the release of their members arrested by security agencies and detained across the state for the peace process to thrive.

The highlight of the occasion was the distribution of Islamic books to the bandits by Gumi to teach them the doctrine of Islam.

Meanwhile, Governor Abubakar Bello of Niger State said the government was interfacing with security agencies, community leaders and relevant people to ensure the safe release of the kidnapped students, staff and family members of the school as well as the NSTA bus passengers.

The governor stated this on Friday when he gave an update on the abduction at the Government House, Minna.

Bello appealed to the parents of the pupils and the people of the state to remain calm, assuring them that the government was making frantic efforts to ensure the release of the students and other people.

He said, “I want to assure you that we are doing everything we can. We are interfacing with the local communities, federal authorities and our own state authorities to ensure that we recover the victims safely. Our utmost priority right now is to make sure we bring them back home safely, and that is exactly what we are going to do.”

Posted by adminpri - June 9, 2021 0
Office of the Head of the Civil Service of the Federation (OHCSF), has concluded arrangements to begin a sensitization programme…